Seed is known vehicle of genetic characters and pathogen victim. Seed pathology is one of the major components for management of seed-borne diseases. Movement of seed from one area to another area within the national and international boundary has increased the dissemination of various diseases. Moreover, seeds infected by seed borne pathogens cause poor field emergence and even healthy emerging plants are also affected. Potential seed-borne pathogens suppress the plant growth at growing stage and make problem for the farmers.

Therefore, is imperative to understand the principles of seed health and disease management. Production of healthy seed is directly related testing/screening of seed lots at various categories of seed and treatment under the seed health certification system. The success behind the production of disease free seed, is correct identification of seed-borne pathogens.

Seed health testing is actually related to improvement of seeds quality, screening for seed borne diseases which can affect planting value of seeds. 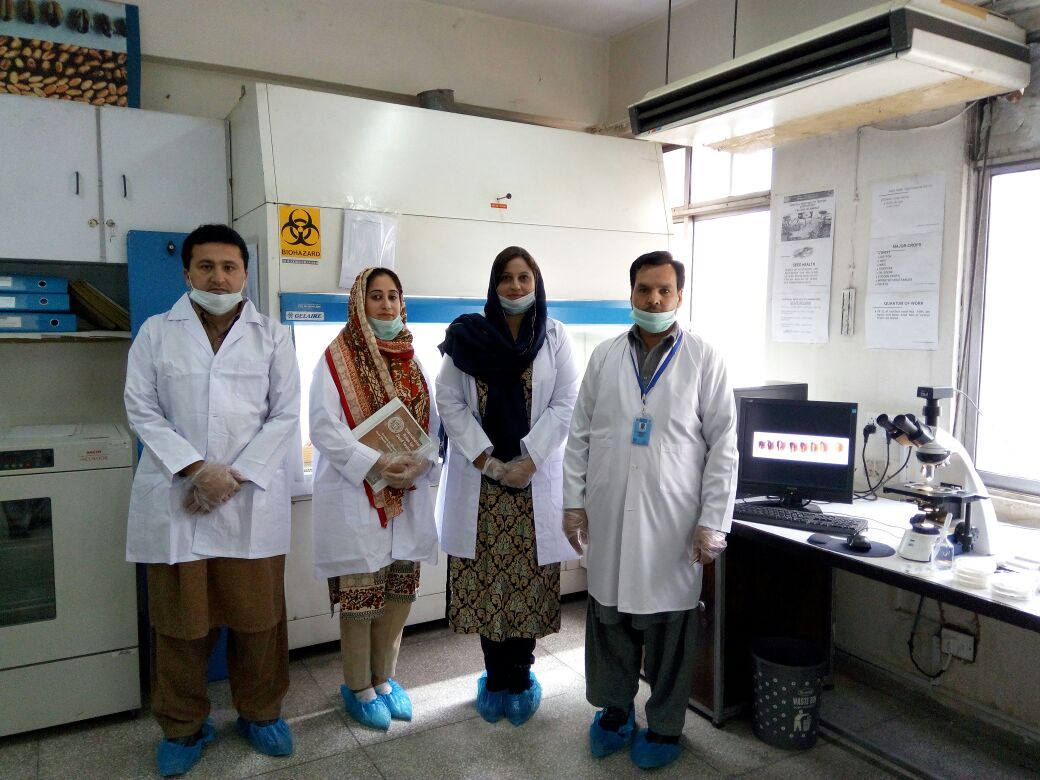 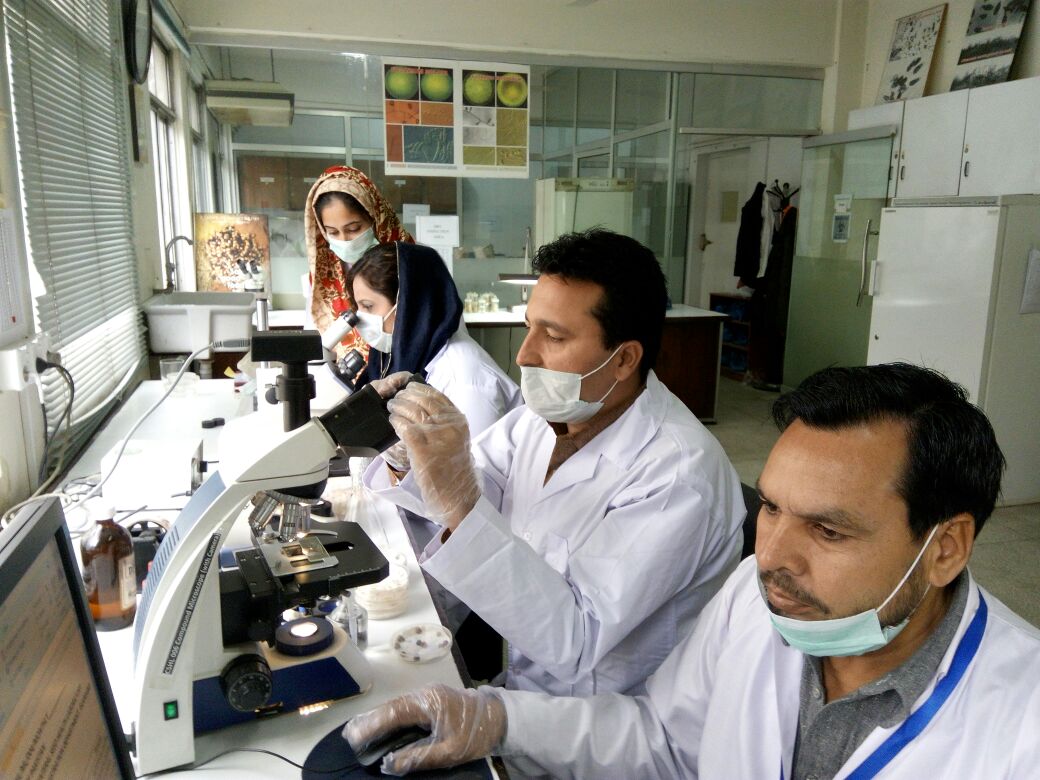 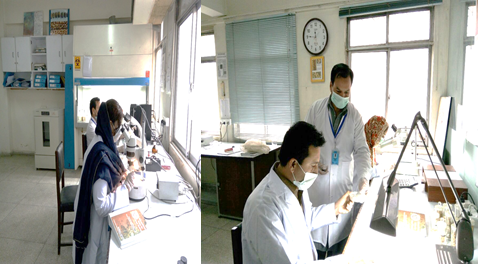 Inspection of dry seed is carried out to know the presence of fruiting structures of fungi and effect of fungi on the  basis of physical appearance of seed. The fruiting structures of fungi can be in the form of: Acervuli, pycnidia, perithelia, sclerotia on the seed surface or submerged in the seed coat or  sclerotia loosely mixed with seeds. Examples Kernal Bunt and Black PoInt of Wheat.

Examination of a suspension obtained from washing of seeds is called the washing test. The test is mainly done for recording the presence of those fungi whose inoculum is present on the surface of seeds eg  teliospore of bunts and smut in crops belonging to the family. The test consist of shaking seeds in water to which a detergent  is  added. The suspension obtained is examined under a compound microscope either directly  or after concentrating the released spores by centrifugation or re suspending them in water or another fluid. This test is mostly used for identification of Kernal Bunt of Wheat teliospores.

This method is used to identify loose smut of wheat caused by Ustilago tritici.  Briefly seed sample of 120 gm is soaked in 1 liter of a 5% freshly prepared sodium hydroxide (NaOH) solution containing 0.15 g of trypan blue and kept at room temperature (20- 22 0C or more) for 22-24 hours. Soaked seeds become large in size, soft and plump. The main component of seed, pericarp, endosperm and embryo become loose from each other by this treatment. Trypan blue stains the mycelium of the loose smut fungus. Infected embryos are then examined under sterio microscope for detailed studies.

This method is used to identify viral diseases of Potato and Fruit plants. Normally leaf samples are used for virus screening. Some time bark samples are also tested. Plant sap is extracted with the use of extraction buffer and further procedure is done with the use of specialized kits composing of antisera, conjugate antibodies and buffer solutions. Seed Virology is currently working on the screening of PVY, PVX, PVM, PVS, PVA, PLRV in potato, ApMV. ASGV, PDV, ACLSV, CLRV in pome and stone fruits and CTV in citrus. Samples of infected plants are received from both public and private institutes i.e Tissue culture laboratories, Research Institutes, Germ Plasm Units/Fruit Orchards, Nurseries and Federal Seed Certification and Registration Department Field Offices.

Seed Health Testing laboratory has different sections for Fungal, Viral and Nematode disease identification along with separate washing, autoclaving and sterilization section. Officers/officials deputed in the laboratory have expertise for the identification of seed borne diseases of all major crops i.e Wheat, Cotton, Paddy, Maiz, Fodders, Vegetables, Potato and Fruit Plants. Moreover, Soil samples collected from the rhizosphere of infected plant roots and nursery plants are also analyzed for presence of nematodes.